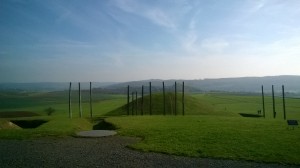 In this article I would like to combine various ways to view the upcoming full moon- especially in terms of evolutionary astrology, soul centered astrology and Dreamspell / Mayan combined with ancient astronomy.
First, this eclipse belongs to the Lunar Saros Series 137 that started in 17 dec 1564
(Dates at: https://en.wikipedia.org/wiki/Lunar_Saros_137 )
To come to an understanding of the effects of this eclipse, one might analyse the energy of the first eclipse and then all eclipses that occurred through time and space in historical analysis, which is something I might do in a few days time.

Lilith is quite an ancient symbol, just rediscovered in the past 20 years from Astrology – yet astronomically it is also related to the minor and major lunar standstill phases and the eclipses that occur in these years. Lilith is a calculated spot that refers to a void. This spot is related to eclipses and needs approximately 9 months to go through a zodiac sign, so the amount of time a woman is pregnant with a child is the time Lilith is in one sign. The minor – and major lunar standstill periods are periods of 18 years. The standstill phases are marked on quite a lot of ancient sites and archeological findings as they were important moments. Visually it seems, as if the Moon jumps out of its normal ascending point, usually it rises “right” from the sun and decends “left” from it, so within the sun’s normal ascending and decending point. Yet in lunar standstill years the moon leaves this path. Findings like the star disk of Nebra mark the horizontal lines of the sun, and a lot of ancient sites mark the time of the standstills, when the ascending and descending points of the moon jump out of the path of the solar ascending / descending path. Glauberg, the place that was rediscovered in the 1990’s, is one of these places.

There is another cycle that happens in this 9 –cycle: 18 years (so 2 x 9) the nodes need to come back to their place. 9 years the node needs to form an opposition to itself, 18 years for a full round. So there are three interlocking cycles of 9 – 18 years occurring, and all of them meet in 2015.
This year, 2015, is a year of a minor standstill and the phasing out of this standstill – that marks the jumping back of the moon into its “normal” phase of 9 – 18 years within the sun’s path, is also ending in September 2015. So from this view, this moon is a special one for various reasons, as cosmic cycles interrelate.
To define Lilith is a funny story. Lilith, first wife of Adam, erased out of the current Bible version of Christianity, but still present in Talmud and ancient wisdom teachings, is said to disobey to Adam. She did not like to lie under in Sex, it is said, yet she liked to sit upon him. Referring to the horizon, this might be quite a good description for a moon jumping out of a Solar (male) phase, sitting on top of Adam/Sun’s path instead of lying under (be within the solar path). So in that ancient language, Adam might refer to the Sun, and Lilith to the moon, getting out of the phase.
Amazingly enough, as she is said to be that wild, one might suspect, if Lilith is near an eclipse, she might gulp the light of the sun, but it is otherwise – she darkens the moon. There are always full eclipses of the moon occurring when Lilith is conjoining the nodes. So if the astronomically calculated Lilith is put into place, the image of “what women / lunar energy does to the man / solar principle” is turned around and shows quite different patterns than the one Lilith seems to have in psychological literature.
In the ancient wisdom teachings Lilith refers to the mother goddess of a Universe before our time. Alice Bailey refers to her as an ancient version of what we know now as Gaia – but from a different Universe – therefore from a time before our star system was born.
With this in mind, I would suggest, one reflects on all was said on Lilith . as – my expertise on this is: Each person has her/his own path to Lilith and this might be quite a different one than any other paths described before.
End part 1 – (to be continued)