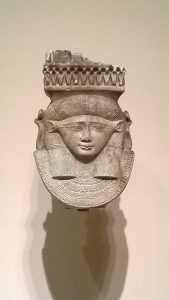 As Isreal, Palestine and the peace process is again at stake, maybe you would like to know a bit more on what this region means to Earth, on Earth.

Marko PogacniK: How Wide The Heart 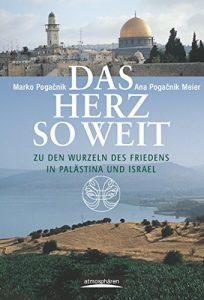 December 6th, St. Claus day, and in Dreamspell Kin 197, lunar earth, a portal day. Lunar means a polarisation towards life, from magnetic to lunar to electric are the first three tones. So life starts in dreamspell with the magnetic energy, a lunar reflection adds to it, and then a kind of electricity is charged, things start to get an own dynamic.
In the western culture it is St. Claus day. Santa is coming to town to bring gifts and blessings to those in need.
in later times the punishment of the „naughty“ was then added – leading also to a kind of build up polarisation.
On this cultural loaded day, Donald Trump is about to announce Jerusalem as Capital of israel, and the American embassy moving to Jerusalem.
on a radio interview here in Germany with a hebrew political science expert, besides him warning that this may have a kind of bullying impact to the palestine and may be seen as an insult there was also mentioned that since the annexation of Jerusalem each 6 months an American President had to sign an order, that the embassy should not move to Jerusalem.
This may be due to the „Jerusalem Embassy Act“ (see footnote), that congress passed on 23rd october 1995 (a magnetic night day, Kin 183) in order to move the Embassy to Jerusalem.
The Act should be implemented and the embassy moved to jerusalem by 31st may 1999. (Kin 198, electric Mirror):
As you may see we came out of the night wavespell and started yesterday the warrior wavespell.
The action of Donald Trump today, no matter what will be, are therefore in the same energetic frame of reference, even though a few years are in between.

So tomorrow, after the announcement, the same energy window than given in the act but that seemed to pass in 1999 is opening tomorrow.
It is a very close and tight energetic day reference that is going on here in a gap of time and fractal time / portal days.

Besides the 3 wrathful days that Palestines already announced, this action on this day will have a great impact just due to the energetic nature of the day and the time frames and time windows in between.

Today in Dreamspell is Kin 196 – the start of the warrior wavespell.One of the mysteries of the Dreamspell / Tzolkin are the wavespell of 13 days, as they show certain energetic connections.
For whatever reason …. the warrior leads to the Star kin, the cosmic star is the end of the wavespell of the warrior.
this may give a certain hint on what the warriordom is about on earth when aligned with cosmci energy … our goal is the stars… and the braveness and courage of a warrior may be aligned to harmony in creation.
This interconnection may show that to live in accordance with harmonic patterns may not be an easy task at this point in time – taking courage. And that it may not be a war that the warrior seeks, but the development of strenght and fearlessness in awareness of the cosmic energies.
time is art…