As above, so below – right?

When starting to explore the spiritual realm, one quite often thinks Politics may not be spiritual. Sometimes, people even start to walk the spiritual path or look behind the veils as they are disillusioned by the every day life. Fake news, Fact checks, conspiracies and mob mentality and raids may rise in the upcoming election time in America, therefore flood the social media realm.
But what is politics. What is the root, the foundation of it?
During my study in political science I got aware how often what had inspired me on the spiritual realm was rooting in the ancient philosophies, thinkers that have expanded consciousness on earth throughout the ages. I found esoteric ideas and the pondering on what the soul means in their readings – and – interesting enough – they also wrote on politics.

The root of the word Politic is Polis – which meant the town or community one lives in. The people one lives together with.

In the spiritual world, people seek their soul family or soul tribe, a place where to live amongst others that feel the same, have the same view. In some traditions this is called an Ashram, other call it Sangha.

In “politics”, in the polis, in their town or community, the philosophers pondered on how to live together when there is a different view on life – or how to found a perfect community of people to live with.

So this seminar will also be a place to explore the own belief system or inner desire: do we seek to live with others of other interest and views in harmony,
or do we seek a life within a community of “same interest, same direction”.
What does this mean for the interaction e.g. in Social Media or in the surrounding?

To enable each one to find the own answers on this issue, in this webinar I like to explore:

Yet in each of the above mentioned sections we also explore the esoteric view in it:

It is my aim, to provide an introduction into political views, that help in the every day life to be able to explore, whether an information, may contain seed thoughts of either a philosophy, of conspiracy, esoteric, fake news or spiritual insight, and on what issues or main themes slogans root.
As the past years show, the fight in social media will grow, also in the public life, so it may be of high value to be able to interpret which roots a dialogue or discussion has. A brief history and sketch on the various philosophies is given out and we explore and discuss the variety in which they may occur.

This webinar will be a foundation that enables the spiritual – esoteric – person, to maintain the own energy / energy field in a conscious way in the midst of the current power struggle in political life.

The Webinar will take place on a weekend / Saturday & Sunday 4 hours each.
it will be recorded and the files will be given out to the registered Participants.
Each day holds the information on exoteric as well as on Esoteric levels, so on both days all sides of an issue will be discussed.

Seminarfee: 50 Euro
Registration: Please register via email to: info@sternenfarben.de
You will then receive an Email with further information about the Seminar and on methods of payment.below
You may also register by clicking the Paypal button (below) 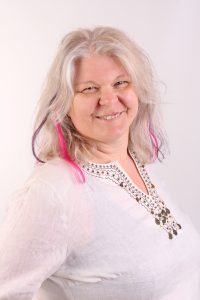